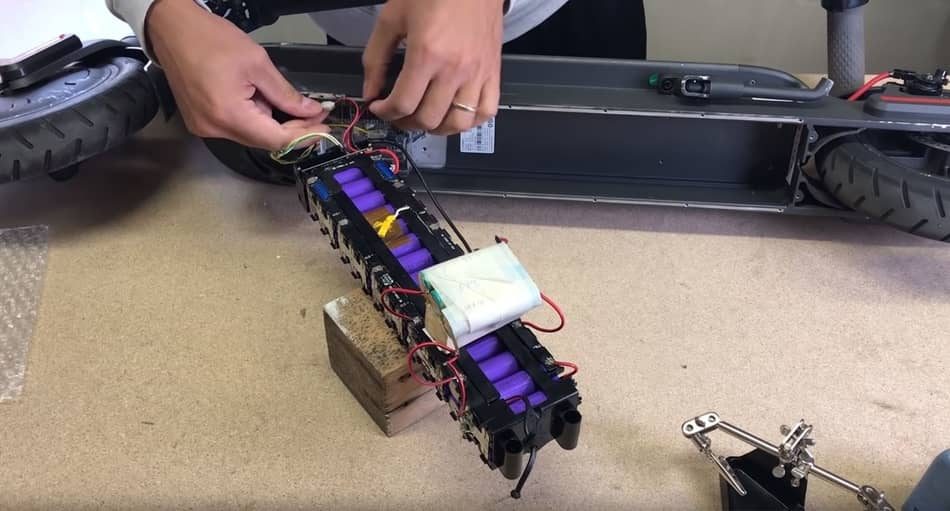 On an electric scooter, you can move around the city, go to work, to the gym or somewhere else. The built-in electric motor in the scooter allows you to overcome significant distances. A quiet and environmentally friendly vehicle has an undeniable advantage, but the only negative point in its operation is that the batteries have to be replaced when they break down or don’t work as good as before. Replacement is required also when the battery it is not charging or turning on. You can put a new power battery by taking it to qualified service center, but most often scooter owners try to solve the battery problem on their own. Unfortunately, sooner or later the motor of your electric scooter will require new batteries. Here we will teach you how you can replace the battery on any electric scooter. So let’s get started!

Steps How To Replace The Battery On Your Scooter

Even if you complied with all the recommendations for use, there will come a time when the battery that has expired by faith and truth will have to be discarded, and a new one should be installed in its place. You can make a replacement in the service center or try to fix the problem by yourself. Most electric scooters have a battery inside the platform (deck). To get to it, you need to remove the bottom panel.

Now, we have learned how to replace the battery on any electric scooter. We know how to extend the operating time from a single charge and significantly exceed the speed declared by the manufacturer. Aside from changing your battery, there are some other things you should know, so keep reading to the end.

Step-By-Step Guide How To Replace Battery

Types Of Batteries For Electric Scooters

The vast majority of modern electric scooters run on lithium-ion and lithium-polymer batteries.  Lithium polymer batteries are an improved version of lithium-ion batteries. The range of the vehicle depends on the battery capacity. Batteries are available at 9, 12 and 18 Ah. It’s easy to guess that 18 Ah batteries last longer than others. But they weigh more, resulting in an increase in the total mass of the scooter. Because of this, users prefer the golden middle in the form of a 12 Ah battery. Battery life is largely dependent on the brand and owner of the scooter. Do not rush immediately after buying a scooter to test it – wait until the battery is fully charged and charge it to 100% after each use, even if the battery is discharged to only 70-80%. During the winter hibernation, the battery is also charged to the maximum – this will help protect the battery from natural self-discharge. If you forget to feed it, then next season you are guaranteed to have to buy a new one.

Where to Buy The Same Battery For Your Scooter?

Even if you know how to change the battery on your electric scooter, the question is, where can you find the same type and brand of battery? The best way would be to contact the dealer where you purchased your electric scooter so that he can instruct you where you can buy it. If you purchased your electric scooter online, you can contact a professional who is involved in electric scooters and he can also advise you on how to get a new battery that fits your model. He may have spare batteries in stock that exactly match the one you have. In case you are lucky enough to find the exact same battery, you can replace it yourself if you know how to do it. Be careful however, in case of doubt, even small, it is better to leave it to the hands of a professional.

For information: if the seller is the same person who sold you your electric scooter, he can give you some advice on replacing the battery. If he does not have the same model in stock, you can ask him to order a new one from his supplier. It could even offer you a small reduction for your loyalty and by taking back the used battery.

What If The Same Battery is no Longer on Sale?

The market for electric scooters is changing and is constantly evolving. This is why it is sometimes difficult to find spare parts for older models since the manufacturers have moved on. The battery does not escape. So when you find yourself in a situation when you need to replace your battery, but the same model is no longer manufactured or is expensive, the only option you have left is to recondition the old one.

This must, imperatively, be done by companies specialized in this activity. You must therefore contact them and bring them the old battery. They will recondition it by replacing the used cells with new cells. At the end of this mission, they return the battery to you almost as new. You will be able to use it again with its former performances.

How To Avoid Frequent Battery Replacements? 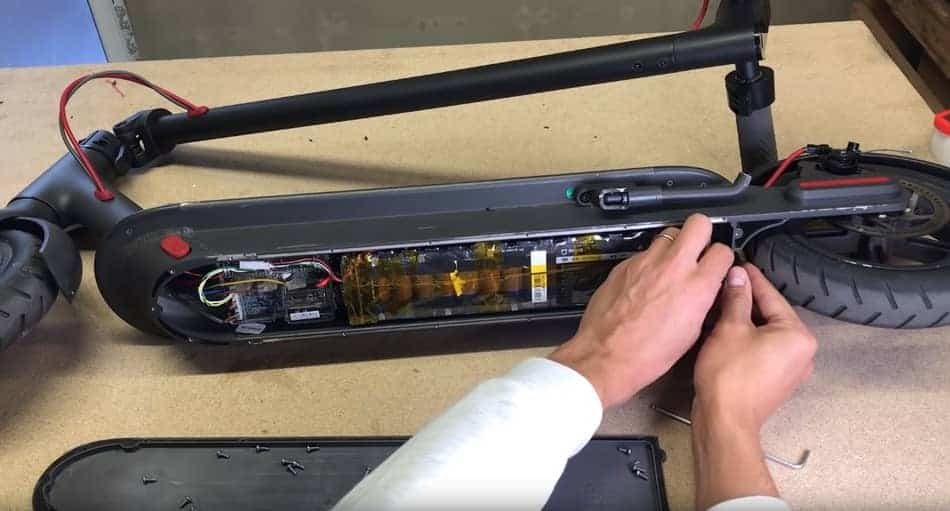 To avoid frequent battery replacement, you must adhere to the rules of operation. Only a proprietary device is used for charging, while only the original power source needs to be installed on the scooter. Before starting the motor, you need to make sure that the battery is charged, it is free of dust and moisture. The charging time is indicated by the manufacturer, and the owner of the electric scooter must follow the recommendations. It is forbidden to charge the power supply more than prescribed, such a long charge leads to a drop in battery capacity.

Most often, batteries charge 4 to 6 hours, but there are also other electric scooters that require more time. It is not recommended to touch the product during the process. Every 14 days when it is stored, it must be recharged. This will extend the service life. During operation, the owner of the electric scooter must ensure that moisture does not get on the surface of the battery. If you need to charge it, it is done in dry conditions. If the battery power is 4400 mA/h, the charge will last for 2.5-3 hours. When the scooter is under heavy load, this time is reduced. In cold weather, the charge lasts for a shorter period, from 2 to 2.5 hours. The optimum temperature range for normal operation is -10 to +50°C, but the exact period of action depends on the type of battery, its quality and other factors.

To keep lithium-ion battery performance at a high level, consider the following:

During long-term storage, a number of rules should be followed:

Basic Rules For Long Battery Life on Your Scooter 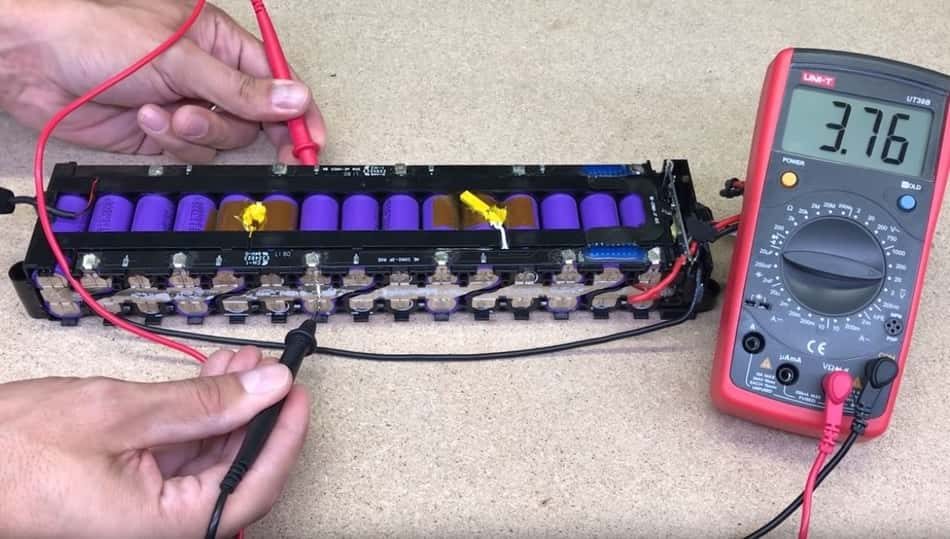 Before using an electric scooter, you should definitely study the manufacturer’s recommendations, in particular regarding the operation of the battery. The service life of the device largely depends on its power, and in order for the battery to work like a clock, a number of conditions must be observed.

How to use the battery:

Simple battery care rules will help extend its life, and for any malfunctions related to the battery or device functionality, it is best to contact our service center.

How Does the Battery In Electric Scooter Work?

The battery saves energy for future use. It generates electricity from a chemical reaction due to the immersion of two different materials, such as positive and negative plates, in an electrolyte. By their nature, they belong to chemical current sources capable of performing many times periodic cycles of discharge and charge. The battery gives off electricity as soon as a circuit is created between the positive and negative terminals. This happens when a consumer of electricity, (in this case; electrical scooter), is connected to the battery. All batteries are working on this principle, the only difference are chemical compositions.

The magnitude of the discharge current that a single bank can withstand depends on many factors, but primarily on the design, the materials used and their dimensions. The larger the plate area of the electrodes, the more current they can withstand. The parallel connection of the batteries is used when we want to increase the current to the load.  But it is also necessary to raise the power of the source.

Depending on the materials used, a voltage of 1.2/1.5 or 2.0 volts can be generated between two electrode plates of common batteries in households. Many electrical devices, such as electric scooters, require more power, and for this reason, the batteries are connected in series to deliver more power.

In this article, we described how you can replace the battery on your electric scooter by yourself. Batteries also have their own life time like any other product, so it is only a matter of time before you have to replace your old battery with a new one. We saw that replacing the battery was not as complicated as it might have seemed at beginning. We also went over this article about how you can extend the life of your battery, which is also quite useful. If I have left something out or you would like to comment, feel free to contact us.