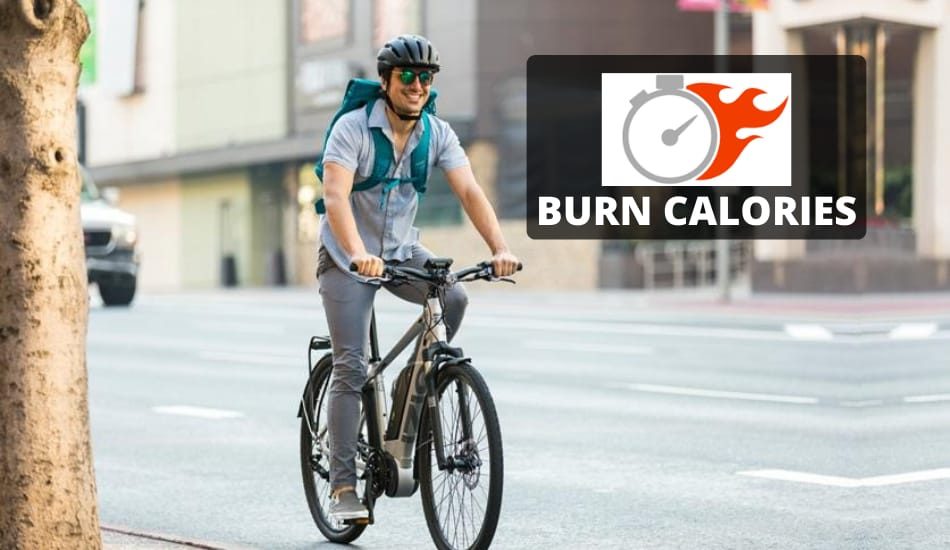 Cycling is a great way to get rid of extra calories, but is a bicycle with an electric motor able to bring the same benefit because you have the motor that does almost all the work? The answer is yes! The use of e-bike helps the body burn calories. When you pedal, you put in the effort, you exercise your body and that eliminates fat and calories. But is that enough to get rid of the extra calories that you put on that day, and for how long you should ride an electric bike? Let’s find out!

They say that cycling is excellent for your health as long as it is practiced without excess. And the electric bike allows you to exercise moderately. When you feel tired, the engine takes over. So those who say that electric bikes are for the lazy person are really wrong. With an electric bike like those of the Beaufort brand, you can exercise your body while benefiting from electric assistance when you need it.

Riding e-bike burn almost the same amount of calories as the regular bike. Studies have shown that riding an electric bike you burn 20% less calories than on a normal bike. So, if you ride an electric bike for an hour, you will burn 440 calories which can result in significant weight loss.

The pedaling is certainly less intense on e-bike, but you still have to pedal constantly. As a result, the lower muscles in your body are under constant strain. The considerable advantage of the electric bikes is the option to deactivate assistance. In this way, you can use the assistance available for more difficult roads and withdraw it when you no longer feel the need. Keep in mind that Electric Scooters also burn calories.

How Calories Are Burned With Use of Electric Bike?

The one who thinks that it is impossible to fight obesity with the help of an electric bicycle is wrong. As you know, the main secret of fat burning lies not in the intensity of physical exercises, but in their duration. If you spend more time on active cycling on your electric bike (intensive independent pedaling + work of the motor-wheel at rest moments), then the result will be better than with intensive, but short-term pedaling.

And with electric bikes, you get support from the electric motor. In general, the more you use your muscles when cycling, the higher your calorie consumption. And the more muscle you have, the more energy you have to spend moving.

Can You Lose Weight With Use of Electric Bike? 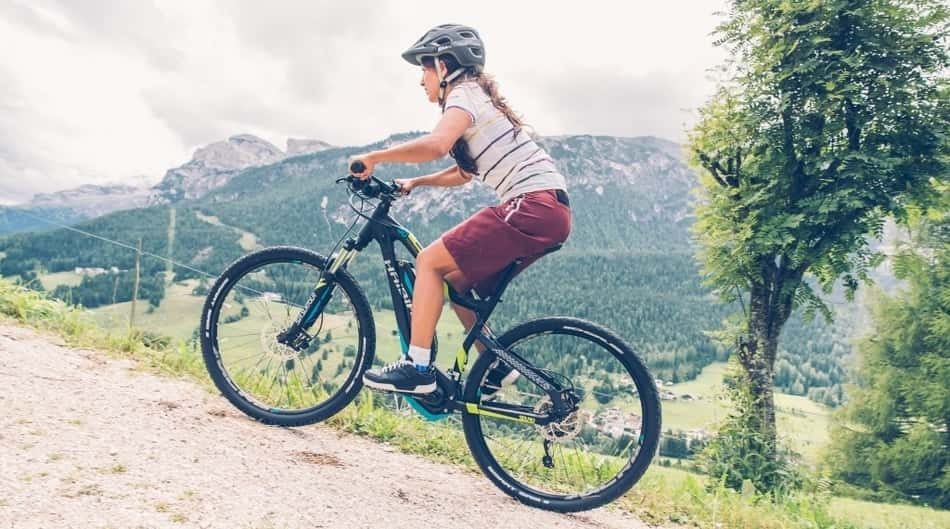 You need to know that a lot of people say that “the electric bike is mostly for lazy people!”. But is it really? For several years now, electrically assisted bicycles have become popular. But is using an electric bike every day like exercising? Thanks to it, very occasional sportsmen but also people with reduced mobility can resume a gentle physical activity.

Riding an electric bike is roughly equivalent to walking at a moderate pace uphill. To get an idea, we burn between 200 and 500 calories during a 1-hour walk. So, to lose weight with the use of electric bike we can try to pedal without motor assistance at least 20 to 30 minutes a day!

Therefore, combined with a balanced diet and the use of electric bike you will be able to lose weight. In addition, by using your electric bike daily, you will improve your heart and lung capacity. Finally, note that regular physical activity helps relieve tension and stress! So take advantage of your bike trips to breathe the fresh air and clear your mind.

Why Electric Bike is Better to Burn Calories Then Normal Bike?

As a recent study shows, the use of an electric bikes is greater than a normal bikes. There are various reasons for this. One of the most important: Owners of electric bikes use it more often and longer than riders of a normal bike without a motor. The motor support means that electric bike riders trust themselves more than the owners of a conventional bike.

Those who have to get by without support often still use a car or public transport. On an e-bike, on the other hand, you don’t have to worry about overexerting yourself and not creating a route. With an electric bike, the rider can rely on the support of the engine at any time. So it is much more relaxed on a pedelec than on a normal bike. An e-bike is a great choice for anyone who wants to do something for their health or want to lose weight.

The electric bicycle is the ideal combination for getting back to the sport and losing weight in a pleasant way. The regular practice of this sporting activity will allow you to refine your whole body (arms, hips, buttocks, thighs…) but also to prevent diseases. Indeed, regular sessions of an electric bike are ideal for your health:

If you can, use your electric bike to get to work, using this commute on a daily basis is a great stress reliever and a great way to get back into shape.  However, be aware that for effective weight loss you must combine a healthy diet with your sports activity.

The calorie consumption depends on the age, gender, height, body weight and of course the work performed. Below you will find examples of 40-year-olds with different weights and what they consume during the chosen activity (riding an electric bike). A height of 1.65 m is assumed for women and a height of 1.80 m for men:

Calorie consumption during 30 minutes riding an e-bike by weight: 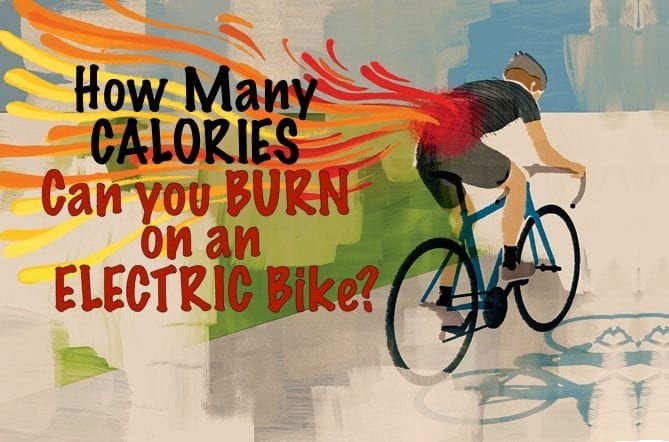 People who get on their bikes regularly help build muscle. It does not matter whether you are traveling with a conventional bicycle or with a modern electric bike with motor support. Muscles play an important role, especially when losing weight. The more muscles a person has the higher their basic metabolism and thus their calorie consumption.

What does that mean for building muscles? If additional musculature is built up by regular tours on the e-bike, you not only burn calories during the actual ride. The muscles also burn calories outside of this time. Even if you do not change your diet and your daily calorie intake, you will gain muscles. With this knowledge, you’d better go on your own electric bike!

How To Burn Fat on The Electric Bike?

An e-bike offers the opportunity to train your own body regularly in the aerobic area. What does that mean exactly? When training in the aerobic area, the body consumes oxygen when burning carbohydrates and fats. This can generate energy for the work of the muscles.

Regular aerobic exercise is recommended for anyone who wants to lose weight. When exercising in the aerobic area, the body attacks the fat deposits. An e-bike is perfect for this type of training since the body never has to go to its maximum thanks to the existing motor support. There is no risk of overexerting yourself on the electric bike. Instead, the use of an electric bike is ideal for burning as many calories and as much fat as possible.

Can Riding a Electric Bike 30 Minutes a Day Help You Lose Weight?

The actual consumption of calories on a electric bike depends, of course, very much on the respective route. During a slow ride on a straight route, around 300 calories per hour are burned on a classic bicycle. On steep climbs or at high average speeds, the number of calories burned can increase up to 1,000 per hour.

With an electric bike, it is comparatively difficult to give exact values for calorie consumption. The decisive factor in determining how many calories are consumed when riding an electric bike is the motor support selected. However, scientific studies have shown time and time again that in the long term the owners of e-bikes burn at least as many calories as riders of a normal bike.

How an Electric Bike Actually Works?

The electrically assisted bicycle is equipped with a small motor and a battery. The electric bicycle assistance works thanks to the energy that is generated from the battery to the motor.

The maximum speed of an average electric bicycle is 25 km/h, and has a range of up to 80 km on average. The electric assistance of an electric bike allows the cyclist to be helped according to his needs, whether for long distances, in windy conditions, or for climbing difficult sides. The electric bike makes pedaling easier for the cyclist, but contrary to popular belief, the electric bike contributes to weight loss and is also an excellent sporting activity.

The ideal training load is relatively easy to measure. The basic rule is: As long as you can still have a good time while riding a bike, they are ideally burdened and burn calories. Use the bike evenly and continuously without breathing hard and you will have success! Depending on the intensity, you consume an average of 150-350 kcal per half hour of cycling on your electric bike. With the endurance run you burn 200-400 kcal more in half an hour – but the bones and joints are stressed much more.

If you are looking for a way to improve your fitness and lose a couple of extra pounds – riding an electric bike is a great, and very interesting way to achieve this goal. Of course, an electric bike cannot replace a gym, but most traditional weight loss programs consist of monotonous exercises any desire to train disappears. A huge advantage of training with an electric bike is that it is carried out in the fresh air, which contributes to a high level of saturation of body cells with oxygen, which is subsequently used to oxidize the fat accumulated in the body. I hope this article has helped you and that you learn a lot about losing calories on an electric bike.